It’s been another week and it’s time for Round Three of January Freezer Meals.  I don’t know why I keep thinking that next week will be easier.  Something always comes up and life is always crazy.  I am so grateful that I decided to embark on this adventure.  We are already in the planning stages for next month’s menu.

This was absolutely delicious! Instead of making the stuffing in the recipe, I made homemade stuffing.  It’s really simple, especially when Walmart has their french bread stuffing pieces in stock.  I added cranberries to the stuffing, too.  So, I’ve made similar recipes to this one and the problem we have is that it is usually dry. I wanted to avoid that from the start. So, for three of the four chicken breasts, I coated the inside of the chicken with dijon honey mustard, then placed a piece of swiss cheese inside, then stuffed the chicken with my homemade stuffing mix.  I wrapped each piece in aluminum foil and froze it. On baking day, I defrosted the chicken in the fridge, then baked the chicken in the wrapped foil packets.  When it was mostly done, I opened the packets and finished cooking the chicken so it would brown.  It was SO GOOD.  This will be going back on the menu.

17 – I went to DigiNightOut this evening, so Thomas took the girls out to dinner at Wendy’s. I had Noodles & Co with some of the amazing ladies from P&Co.

18 – Beef Stew – This wasn’t on my original menu, but I had some meat left over after I cut up the roast to the correct size for our family. I put a bunch of tiny yukon gold potatoes in the bottom of the freezer bag, peeled a few carrots, cut some celery stalks and added them.  Then I added a packet of Western Family beef stew seasoning.  I love it, and I got it for $0.20.  I love when that happens.  Then I added my liquids, 2 cans of beef broth & 1 can of water.  Then I threw in a couple of cloves of minced garlic, some onion powder and 2 bay leaves.  Add the stew meat.  Freeze.  On cooking day, I defrosted the bag in the fridge.  I added it to the crockpot. About 20 minutes before it finished cooking I added some flour mixed with water to thicken the gravy. My husband is a picky eater and doesn’t eat vegetables.  I love veggies.  So, I added some peas & carrots to my bowl and the kids’ bowls. It was so good.  If you like a tomato-y version of beef stew, add a small can of tomato sauce at some point in the prep process.

19 – Mac & Cheese with Hillshire Farms sausage – This is a family favorite.  I added broccoli to my vegan mac & cheese.  We love this recipe. Although, we do tend to spice it up a bit.

20 – Crockpot Mongolian Beef, rice, Broccoli – This was SO good.  But I made it really differently… again.  First, we skipped the broccoli. I chopped up carrots, celery & zucchini and placed them in a quart-size freezer bag. Then I sliced the beef really thinly and added it to another quart-size freezer bag.  I made the sauce with 1 can of beef broth & 1 cup of Very Very Teriyaki sauce and 2 minced garlic cloves. I placed the sauce in a sandwich bag.  I put all three bags in a gallon-size freezer bag and froze it like that. On cooking day, I defrosted all the bags.  I cooked the beef strips in olive & sesame oil until they were cooked through, then I added the packet of sauce and cooked 5-7 minutes.  While the beef was cooking, I added the vegetables to a small frying pan and cooked them until they were dried out a bit and “fried” looking.  Here is where I messed it up. I felt like the sauce was too thin so I added a cup of water with some cornstarch mixed in.  The sauce was overwhelming when it was thickened.  Next time I’ll leave it thin.  Learn from my mistakes. I don’t like my veggies to be sauced, so I kept them separate. We served this with white rice.  The kids and I LOVED it.  We pulled some of the beef strips out for Dad before we added the sauce so he could make a taco when he got home from school.  My girls both ate two plates of this and begged me to make it again.  It’s going into the rotation.

21 – We had two puppy training classes tonight and there was no way we were going to have time to sit down and eat dinner.  I just made grilled cheese sandwiches and the family was pretty happy. It probably helps that we stopped on our way home and grabbed Zaxby’s chicken fingers, too.  We’re like hobbits with our second dinners.

22 – Enchilada Chicken with rice & refried beans – So, we kind of followed the recipe for this one.  I put the meat & can of enchilada sauce in the bag with taco seasoning. I don’t use store-bought taco seasoning because it has so many preservatives and a lot of them have milk derivatives in them. This is similar to the taco seasoning I make, I really don’t measure anything I just dump approximate amounts. On cooking day, I defrosted the bag, and added the contents to the crockpot. I have to tell you, it smelled so good that the dogs were all sitting behind me as I dumped the bag in the crockpot and I had to take the garbage out right away because they kept trying to get the freezer bag out of the garbage can.  After the chicken was cooked, I shredded it and then put it back in the crockpot for another 20 minutes.  Using corn tortillas, I made the chicken into actual enchiladas, covered one pan with cheese, the other with vegan cheese, added 1/2 can enchilada sauce to each pan and baked it for 30 minutes at 375.  I served it with chopped tomatoes, green onions & avocado.  It was delicious.  My husband said that there was too much sauce on top of the enchiladas.  Next time, to make it easier, I’ll make it more like an enchilada lasagna instead of rolling all the tiny enchiladas that just broke out of their shells anyway. I will do a small amount of enchilada sauce on the bottom of the pan, layer corn tortillas, chicken, tortillas, cheese, tortillas, small amount of sauce, cheese in a baking pan and bake it for 45 minutes.  We like crunchy tortillas these didn’t get a chance to get crunchy.  But we were hungry and didn’t want to wait anymore.  This was one of the best crockpot meals so far.  It really only took me 15 minutes to prepare the enchiladas.  This is definitely going back in the rotation.

We ended up having a great week of meals.  Without the freezer meals, my family would have ended up eating out or eating cereal every night this week.  We have just been too busy.  I hope that this post can help you find some meals for your family.  Be sure to check out all my January Freezer Meals posts & all of my freezer meal adventures for more information.

The following meals were cut from the menu this week and are in the freezer waiting for next month.

Honey Rosemary Chicken, smashed potatoes, green beans – I forgot to buy potatoes and didn’t want just chicken.  And the husband told me that he is tired of baked chicken… we have a LOT of baked chicken recipes in the freezer. I’m going to have to spread them out over the next month!

This site uses Akismet to reduce spam. Learn how your comment data is processed.

Whose blog is this? 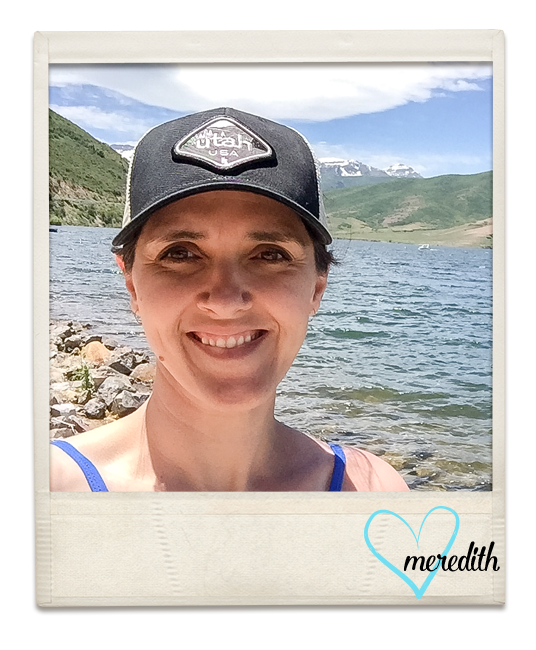 I am a graphic designer and mom of two beautiful girls. I live with my husband, daughters & dog in the suburbs of Salt Lake City. I love pretty patterns & colors. Check out my website to find out more about me.

What are you looking for today?